How My Little Man Gave Me a Big Scare 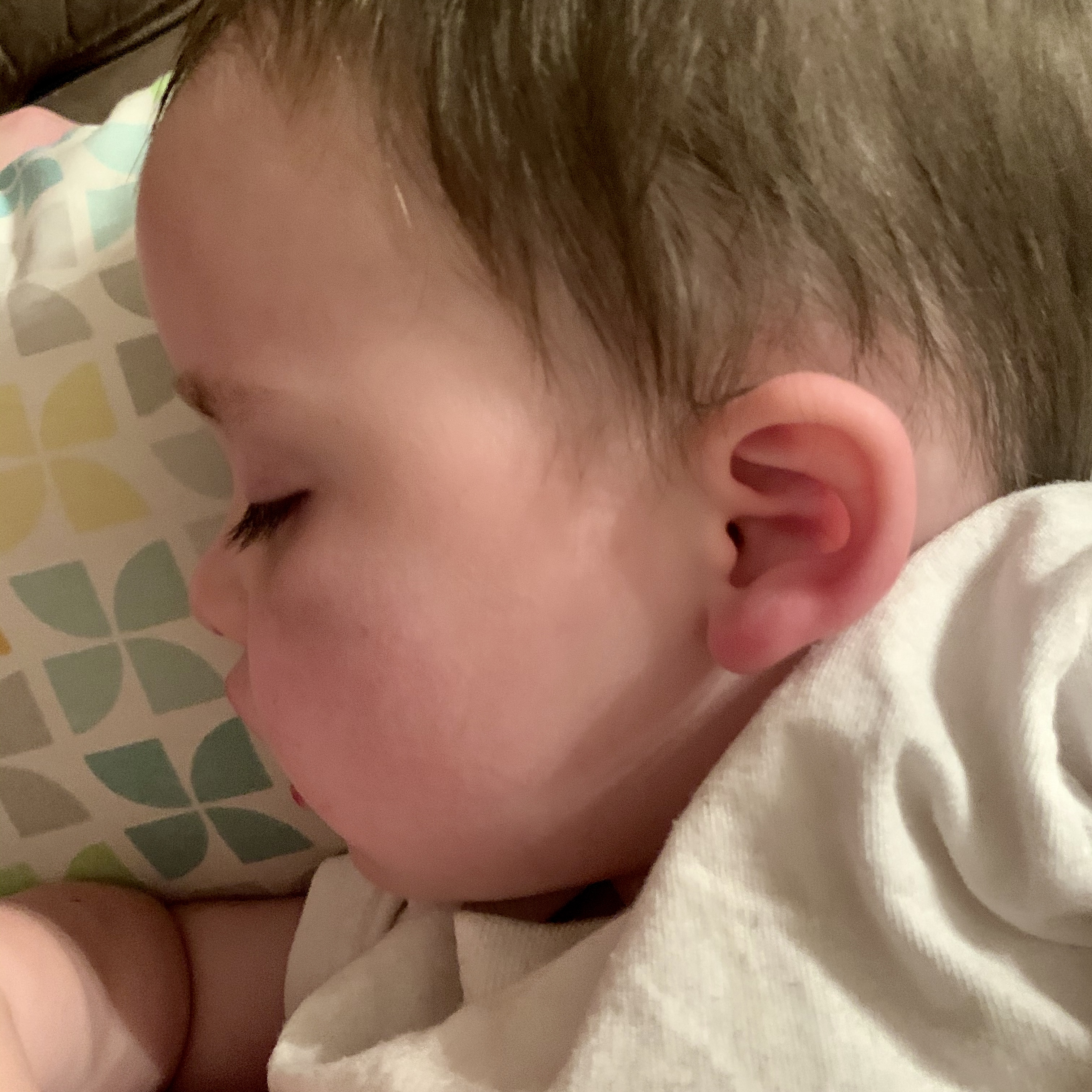 My little man gave me a big scare this weekend.

He had been sneezing and had a little congestion throughout the week, but I didn’t think a lot about it because everyone’s allergies have been out of control lately. And he had a low grade fever on Tuesday evening, but it was extremely minor.

Then Thursday night (or in the wee hours Friday morning) he started full on crouping, and his breathing was a little heavy. That morning, I let him sleep in, then gave him some cough syrup and an inhaler puff (that we were prescribed after our scare back in June). After that, he got better, so I took him to daycare (and felt horrible about it. The woes of a working mom are many).

When I picked him up on Friday at the end of the day, I asked his teacher how he was doing. She said that he had been doing okay, but had just started coughing about a half hour ago. As he ran down the hall to me, he was breathing really hard. And it wasn’t from the run. His breathing was still hard all the way home.

When we got home, I gave him a puff of the inhaler, and his breathing got a little better, but not much. And it stayed that way. I debated on going to Urgent Care, but I knew there wasn’t a lot they could do. So I didn’t take him.

Then it was bedtime, and he wasn’t any better. And through the night, he got worse and worse. He freaked out any time I tried to lay him down, because he couldn’t breathe. So there was no sleep for either of us. I carried him and rocked him the whole night. He would do a little better for about 2 hours after I gave him a treatment, but then it was back to full on wheezing and major breathing issues – like his tummy under his ribs doing major contracting.

On Saturday morning around 7:30, I decided it was time to go to the ER. I knew all they would do would be to give him the nebulizer like last time, and maybe some steroids. However, what I was doing wasn’t working, and my child was suffering, and I knew he was very, very sick.

As I sat in the parking lot of the ER, I asked God to give me some sort of sign. Should I take him in, or should I wait it out.

And then something told me to call my friend who is a pharmacist, fellow boy mom, and my resource when I finally break down and ask for help.

Luckily, she answered her phone. She talked me through it. She said that him responding to the treatments was a good thing, and that I could try giving him treatments a little more frequently. If the albuterol stopped making him better, it was definitely time to go to the ER. If it was working, then keep it up. She also said (since I thought it was bronchiolitis, the same thing he was diagnosed with in June), that the fourth and fifth days were the worst), and this would indeed be the fifth day.

After I hung up (I was a crying wreck the entire time I talked to her), I somehow immediately calmed down, drove back home, brought Rowan in, and gave him another treatment (which is not easy, by the way – he detests them). He snuggled in beside me, and we watched some Mickey Mouse Clubhouse. Two hours later, I gave him another treatment. A couple of hours later, he was finally able to calm down enough to take a nap. And when he woke up, he was breathing better!

From then throughout the rest of the day, I was able to taper off the treatments. That night, he actually slept most of the night.

He kept getting better throughout the day Sunday, and he got another decent night sleep Sunday night. There was still a little coughing and some congestion, but it was minor.

So thanks to Jesus and my friend, we made it through. And I am so incredibly thankful for both.

My Cousin Just Had a Baby and I'm Incredibly Jealous