How A Boy Gave Me My Spirit Back 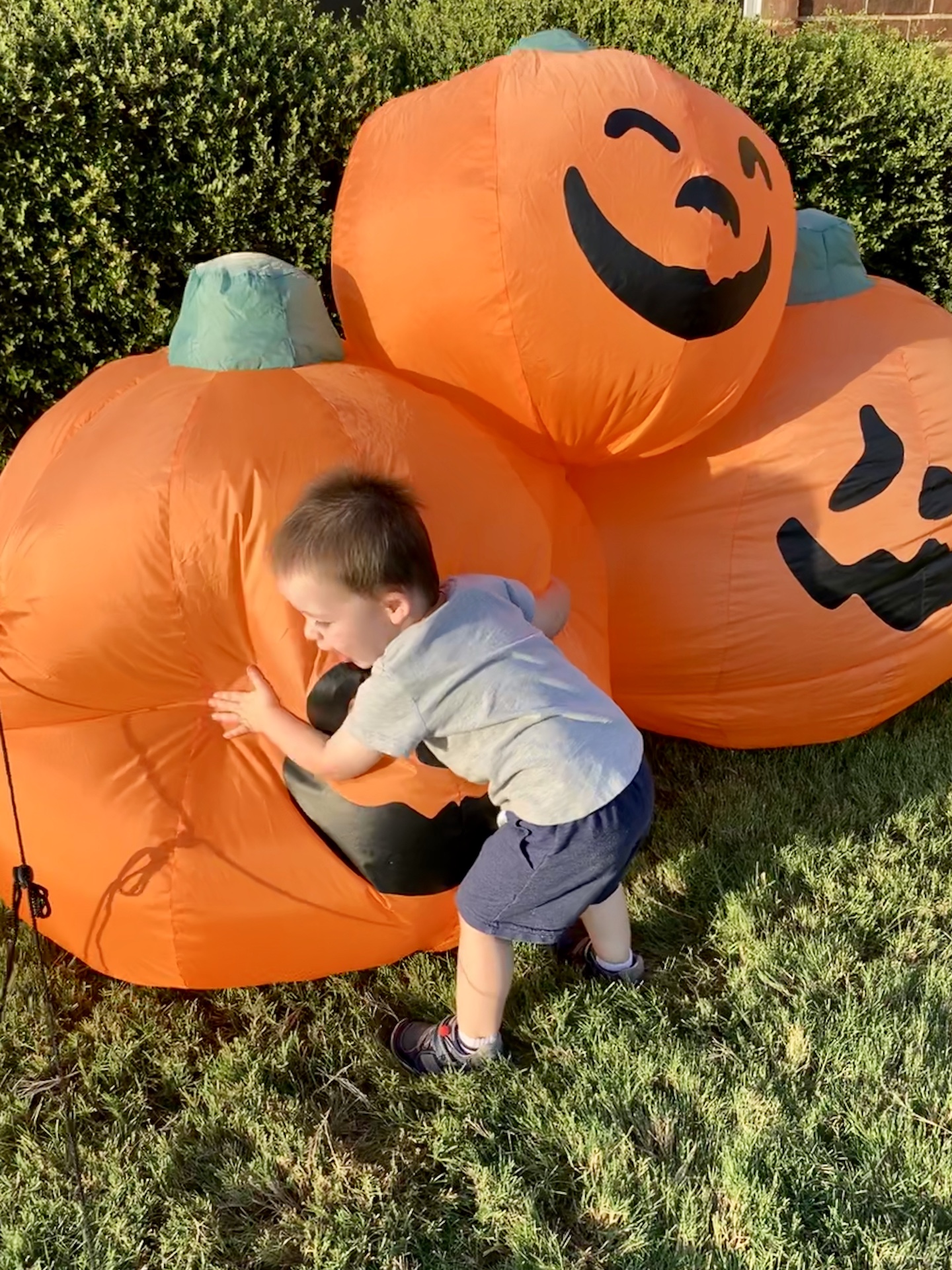 People enter your life for a reason. It’s a bit of a cliche statement, but it seems to be true. Why or when they leave is something else entirely. But I definitely know my little boy entered mine for a reason. He made me a mom. And he brought the spirit back to my life.

My mom and dad were holiday royalty. Seriously, they were known throughout the small town I grew up in for their holiday creativity. And I’m not just talking Christmas. It was Christmas, Easter, Valentine’s Day… and Halloween.

Halloween was big. It was certainly my Dad’s favorite. They would always decorate the front porch with a theme. It usually carried over into the front yard. One year when I was in high school, they turned the entire carport into a full-on haunted house and scared the bejeezus out of adults and kids alike. Not just kids (and adults) from our neighborhood would turn out every year – people from across town would turn up to see what was going on.

There was also the costume factor. One – bought costumes back in my day were atrocious. Remember the old school plastic ones with the heinous strap-on mask? Also – I was a tiny little thing, and a lot of stuff wouldn’t fit me. So aside from a few random years, mom made my costume every year. Even up through high school and college. Awesomely creative costumes. If there was a costume contest, I was winning it. So basically, I had an awesome childhood. And a hard model to live up to as a parent.

But then Mom died two weeks before my college graduation. And Dad and I both lost our creative spirit. I didn’t completely lose my love for Halloween. I still loved to dress up and forced my husband to dress up with me on the occasions that we had something to go to on Halloween. But I never decorated. For Halloween or any other holiday really. Except some mild Christmas decorating. Don’t get me wrong – I still loved the holidays. But they just weren’t the same.

And then twenty-two years later, along comes a bouncing baby boy (pretty much literally on that bouncing). His first year or so, I still didn’t decorate much. For Halloween, nothing really at all. But I did try hard on his costumes.

The first year, I found the perfect costume on eBay for $8. It was a steal and was adorable. Last year and this year, though, I made them. Yep, I channeled my mom and made them. Now, keep in mind I can’t sew a lick, so some things are tricky, but I improvise. But, on this, his third Halloween, my son is now starting to pay more attention to the holiday itself. And is sort of understanding it (a little, he’s only 2 ½). Since he’s understanding a little more, he’s noticing more, so this year, my little man discovered Halloween decorations, specifically pumpkins.

On the morning of October 1st, as I was taking him to school, I noticed our neighbor across the street working very hard on their yard: mowing, weed eating, etc. That afternoon when we got home from school, the entire neighbor family was out in the yard, and it was on: lights on the house, a pair of inflatable ghosts on one side of the house, and then a big smiling pumpkin family in the front yard. My toddler was in love… and obsessed.

The next day, he couldn’t take it anymore. We had to walk across the street and look at the pumpkins. And then we had to count them. And then, we had to hug them (which was completely adorable and I’m not crying, you’re crying). My husband was in Canada for work at the time, so it was just me and the whirling dervish. So, I called an audible, and after we loved the pumpkins, we took a trip to Dollar Tree. We got pumpkin potholders and a dish towel (because he’s also loving kitchen stuff right now), and a light up pumpkin necklace. And he was happy.

Hubs returned home that Thursday, so on the weekend, we set out to find some decorations. And holy crap people must love their Halloween around here because everything was already incredibly picked over. We weren’t even five days into the month yet. We got some baby and medium sized pumpkins to draw on and decorate, and I ordered a small set of light up pumpkins from Target and some light up pumpkins on stakes. No big full on inflatables – baby steps, people. Also, obviously nothing scary. We focused on smiling happy pumpkins, because that’s what he loves.

And so, throughout the month we’ve visited a pumpkin patch, we’ve had pumpkin desserts, we found a new holiday favorite show in Spookley the Square Pumpkin, we’re going to make caramel apple fondue, and we’re going to see Pumpkin Nights. And this year we’re going to try a brief trick or treat walk in the neighborhood, followed by giving out candy. Last year he was still too young to trick or treat, and it was also cold and rainy, so we all three dressed up in our themed costumes and handed out candy together. We’ll see how he does with the trick or treating this year.

. And this year we’re going to try a brief trick or treat walk in the neighborhood, followed by giving out candy. Last year he was still too young to trick or treat, and it was also cold and rainy, so we all three dressed up in our themed costumes and handed out candy together. We’ll see how he does with the trick or treating this year.

And, I’m making him not one, but two costumes. He’s going to be a blue and red heeler mix puppy for Halloween night, and my husband and I are going to go in theme as well (him as a blue and me as a red). We chose this because the little one loves his blue heeler dog Nyx, and it’s a bit of a shout out to our red heeler River who we had to put down last year.

But – he has recently been completely OBSESSED with Mickey Mouse. At his school, they do more of a storybook dress up, so he’s going as Mickey Mouse to school. Both costumes completely hand made.

So my spirit is coming back thanks to a little wide-eyed boy. And while I certainly don’t have the mad skills of my mom and dad, I think Mom would be justifiably proud.

My Cousin Just Had a Baby and I'm Incredibly Jealous

6 Ways to Ruin Your Toddler's Day